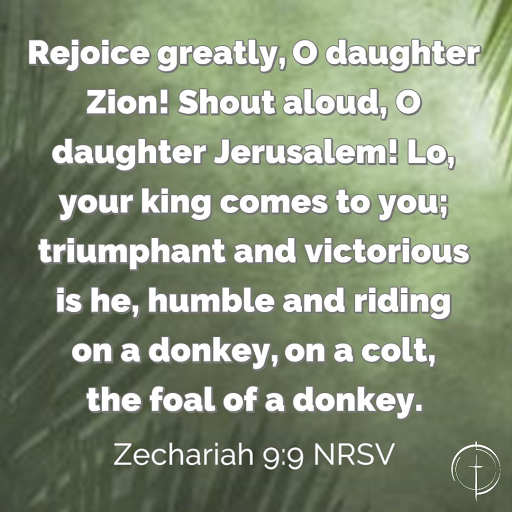 What God has done?  I’ll tell you.  Jesus crucified for the sins of the world?  That was God’s doing.  Then, he rose on the third day.  Resurrected! So what?  Does it make any difference? How does the resurrection – what God did – define your life?

Theologian Stanley Hauerwas writes, “Through Jesus’ resurrection, we see God’s peace as a present reality.  Though we continue to live in a time when the world does not dwell in peace, when the wolf cannot dwell with the lamb and a child cannot play over the hole of the asp [as imagined in Isaiah 11], we believe that peace has been made possible by the resurrection.”[i]

Hauerwas believes that because of the resurrection of Jesus, peace is inevitable in God’s kingdom, and God’s kingdom has begun breaking into this present reality.  We can be sure of both – peace and the inbreaking of God’s kingdom.  Count on it.

I think of the January 6, 2021 storming of the U.S. Capitol which ended in bloodshed and death. We Americans can no longer brag about transferring power peacefully.   We can no longer wag disapproving fingers at other nations we deem not democratic enough.  We saw deadly violence in the very heart of our democracy.

I think about Honduran immigrants moving across Mexico to the southern U.S. border.  Homicidal gangs vying for control of the illegal drug trade and a corrupt government unwilling to confront the gangs make life in Honduras unlivable.  Honduras has the fourth highest numbers of murders per 100 people in the world.  Neighboring El Salvador is number 1 on the list, Guatemala is 14th, and Mexico is 16th.[ii]   Also, the region is often battered by hurricanes.  The masses to enter the U.S. aren’t “migrating.”  They’re desperately fleeing death.

I think about the trial of Derek Chauvin, the white Minneapolis police officer whose killing of a black man, George Floyd, set off protests and riots last year.  The crime and the trial is emblematic of how violent racial tension in America is.  So too is the recent spate of hate crimes committed against Asian Americans.

Whether it is political division, immigration and nationalism, racial strife, or something else, hate and violence are the flavors of the day in America.  We love Easter.  We bask in the light of the empty tomb.  We believe God is all powerful and we follow Jesus.  But, how can possibly we see God’s peace as a present reality?  When we read “he commanded peace to the nations,” don’t we assume that’s some distant, future thing that we won’t see in this lifetime?

That quote is Zechariah 9, 9:10 to be specific.  Zechariah chapters 1-8 are attributed to the prophet.  He and the prophet Haggai were late 6th century BC peers who heard God’s call to rebuild the temple as a catalyst to reestablish Israel’s God’s people after the Babylonian exile ended.

Zechariah 9-11, Zechariah 12-14, and Malachi 1-4, three distinct units probably written in the 400’s, the 5th century BC, close out Old Testament prophecy.  Through these anonymous prophets, God offers a special insight into his future promises.  In Zechariah 9 we hear God’s command for peace,  Because the resurrection has happened, we can begin living this peace even in a violent world.

The Gospel accounts of Jesus riding to Jerusalem on what we call Palm Sunday, refer to Zechariah 9:9. “Rejoice greatly, O Zion; … your king comes to you triumphant and victorious, humble and riding on a colt, on the foal of a donkey.”   Matthew and John quote this directly; Mark and Luke allude to it.   Entering Jerusalem prior to his crucifixion, Jesus fulfills the unknown prophet’s prophecy.

These promises come from Israel’s story.  Read about Samson and the other Judges.  Read about Israel’s greatest Judge-Prophet, Samuel; and the first Israelite king, King Saul, and the greatest, King David.  Each of these notable Old Testament figures fought the same enemy, a persistent foe who dogged Israel relentlessly: The Philistines!  After Solomon’s reign, as Philistia’s international influence diminished, a greater empire arose to threaten God’s people:  Assyria!

Zechariah 9:1-8 along with a prophet from a few centuries earlier, Amos, 1:3-8, name Syrian and Philistine cities.  Relating God’s vision through prophetic poetry, Amos and Zechariah recount God’s response to the Philistine and Syrian threats.

Syria: “The word of the Lord is against Damascus.”  The capital city of Aram belongs to the Lord.  The island city-state known as Tyre was thought to be impenetrable, but the prophet says, “The Lord will strip it of its possessions and hurl its wealth into the sea.”  The Philistine: Ashkelon shall be afraid, Gaza shall writhe in anguish, the hopes of Ekron are withered, and God will make an end of the pride of Philistia (Zechariah 9:5-6).  This prophet never bothers to tell us his own name, but repeats Amos’ condemnations of all these Syrian and Philistine cities.  Why?  Why tell us about the downfall of Israel’s oldest, fiercest rivals?

After describing how God will humble the enemies of His people, in verse 7, the perspective changes.  “I will,” God says, “take away … [the] abominations from between [the Philistines’] teeth.”  Is God going to wash Philistia’s mouth out with soap?  God says Philistia will also be a remnant for God.  God has always promised to save a remnant from Israel.  Since when did those cursed Philistines who cut Samson’s hair, harassed Samuel, and intimidated Saul get to be God’s remnant?  They aren’t us!  But God cares about Philistines and Syrians, Iraqis and North Koreans, black people from Alabama and white from Alabama.  Peace comes because of what God has done, not because we learn to be peaceful.

Verse 7 says Philistia will be like a clan in Judah.  Just as God ushers in justice and peace for the Chosen People, God brings a new, peaceful age for all people.  What difference does the resurrection make?  The prophet of Zechariah 9 paints a picture of a united Israel with former enemies now a part of God’s community.

It’s because of that king who rides in on the donkey. He will reign from “sea to sea and from the River to the ends of the earth” (Zech. 9:10).  He commands peace to all nations, and He has defeated death.  Jesus Christ, the resurrected Lord, fulfilles this prophecy.

I hear your objection.  Our political division is as bad as ever, the poor souls at the Mexico-Texas border are living in anything but peace, and the Derek Chauvin trial is a powder keg that should drive all to our knees.  Where is this promised resurrection peace?

It began with what God did: he resurrected Jesus.  New creation began, an age in which all sins are forgiven, and all who follow Christ will have eternal life.  It grows as we – God’s church – begin living the new creation reality today, even in the midst of a murderous, violent world.

When we live the peace God commanded, we don’t let politics determine who are enemies are.  We may doggedly fight over policy differences with someone or a group from a different political party or persuasion, but when fight for our case, we do it with kindness, manners, and recognition of the other’s dignity.  We don’t hate Biden supporters or Trump supporters.  We give grace and love to all, as our Lord commands.

When we live the peace God commanded, we recognize the plight of the immigrant fleeing death and seeking hope in America.  These are children of God.  Because we are in Christ, we do not act on some selfish desire to preserve an impression of what America is supposed to be.  We don’t fear how new arrivals change America.  We’re not driven by fear at all.  When we react to what God has done in the resurrection, we welcome people in distress just as Christ welcomes us.

When we live the peace God commanded, we stand with the victims of prejudice and systemic injustice.  Those privileged to be in the dominant group don’t fight to protect what they have.  They share it.  Defending white privilege is akin to fighting to hold onto our share of stale crackers while ignoring the resurrection feast God offers to share.  When we throw down our old loyalties and insecurities, and accept God’s invitation, we discover that the joy of God’s table is not found only in the endless delicacies we eat, but also in eating those heavenly foods alongside our black brothers and Chinese sisters and African friends and arab friends and white cousins and Mexican neighbors.

We begin anticipating that grand banquet by making space in our lives for black, white, Native, Arab, Asian, and Latin people right now.  God commanded peace.  That same God defeated death.  Can we see that this God has absolute authority to command peace?  Will we trust that in the risen Christ, this promised peace has come, is coming, and  as his return will come in full?

Jesus has risen.  God has done something.  Will we live in God’s new reality, or hold on to our old rivalries and hatreds?  Go out this week, and share resurrection peace with someone who looks and thinks differently than you.  Ask God to put someone like that in your path.