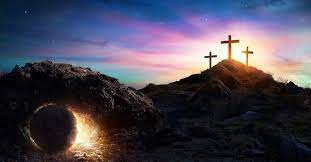 My grandmother’s house, was always a buzzing hive of activity.  On this night, as the adults sat hunkered around the table in steely-eyed consideration of their Diamonds, Spades, Hearts, and Clubs, I about 8, hovered behind, wondering when I would be old enough to learn Pinochle, a Tennant family rite of passage.  “Twenty-one.” My Papa cut the tension-filled air with his opening bid.  Betraying nothing but surveying his own hand with concentration and brain surgeon would envy, My Uncle Ed considered his response.  That’s when a shrill scream pierced the anxious quiet.

Like EMT’s filing out of the ambulance, we all vacated the kitchen and made for the source of terror, My Aunt Jane.  Lounging lazily on the livingroom couch, her eyes glanced up to see demonic face peering in.  It was her pranking older brother, My Uncle Jim, delighted by the terror he caused.

This was 1978.  Channeling his own “easy-rider,” Jim had taken off on his motorcycle with no plans other than to leave Michigan and head west.  With no cellphones, My Meme didn’t know if her third son was lost somewhere in Utah, soaking up the sun on a Pacific beach, or right back here in Michigan, once again terrorizing her only daughter, my Aunt Jane.  Jane’s astonished scream announced how unexpected his arrival was.

When were you last disoriented by something thoroughly surprising?  Mary Magdalene, Mary the mother of James, and Salome go to the tomb intent on caring for Jesus’ dead body.  They meet an unnamed young man, notably dressed in white, and discover Jesus’ tomb is empty.  The Gospel writer Mark says they were seized by, in Greek, ‘tromos’ and ‘ekstasis;’ ‘trembling’ and ‘confused astonishment.’

My Aunt Jane surely needed a few minutes to recover the shock of her brother’s unannounced arrival.  Disruptions throw us off.  Once our hearts stop racing though, we can begin to make sense of reality, accounting for what has happened and how it changed things.  The trauma is brief.  She wasn’t entirely sorry her brother, who picked on her a lot growing up, had gone on a western walkabout; but, she was also probably, once the shock wore off, happy for his safe return.

Could Mary, Mary, and Salome recover as quickly?  Resurrection is just a bit more destabilizing than the return of a prodigal son.  In most cases, we expect the dead and buried to stay dead and buried.

The women we meet approaching the tomb in Mark 16 would have lived by the beliefs of 1st century Messianic Judaism.  They believed the dead would rise and be judged, on the last day.  Prior to that day, they did not expect any resurrection.

They also believed a Messiah would come, sent by God to restore the fortunes of Israel.  They did not believe that Messiah would be divine.  They did not expect that Messiah to die and then rise prior to the end time resurrection.  In fact, if someone thought to be the Messiah did in fact die, especially a death as shameful as crucifixion at the hands of the dreaded Romans the Messiah was supposed to defeat, his death would prove him to be a failed Messiah!  Such a view would not mean these women were guilty of lacking faith.  They simply lived within the worldview of their times.  They heard the things Jesus had said about his own approaching resurrection.  They loved him, so they listened intently to his sermons.  They believed, but when he died, they also were quite sure he’d stay dead.

On the day that we read about in the Gospels, the women, overwhelmed by grief, expected a dead body.  Fluctuating between the dumb absence of feeling numb and excruciating, debilitating grief, it was all they could do to carry out their task of mercy, preparation of the body of one they loved for final burial.  We’re never ready for a surprise, but soaked in sorrow, they were especially unprepared.  These women, Jesus’ most faithful followers in the darkest of hours, were sure the story was over.

We’re never given a comprehensive list of the women who followed Jesus.  The 12 named male disciples found listed in Matthew, Mark, and Luke, formulaically hearkens to the 12 tribes, as the Gospel writers envisioned Jesus awakening the calling of God’s chosen people, Israel.   John offers no such list and the other three who do, do not offer identical lists.  Matthew and Mark include Thaddeus.  Luke, in place of Thaddeus, has a discipled called Judas son of James.  Acts chapter 1 makes it clear that the community of disciples was larger than 12 all the way through Jesus’ story.

Perhaps we could construct a list of women.   At least three were named Mary.  There was Joanna, Salome, Junia (Romans 16), and many others.  Ancient custom did not count the testimony of women to be as reliable as that of men.  However, in spite of this misogynistic attitude, the Gospel writers identify these female disciples as the first witnesses of the resurrection.  The event that undid history and humanity’s understanding of the way things are rested on the testimony of women who had the temerity to approach the tomb while their male counterparts huddled in fear behind locked doors.

These women visited the tomb of a seditious, condemned criminal.  So unbelievable is both this story and how it first came to us, some, even today, refuse to believe it.  Bible scholar John Dominic Crossan, a dedicated student of the gospels but also committed adherent to natural causes rejects any divine input in the course of history.  The women never came to the tomb.  According to Dr. Crossan all that we read in Mark 16 is fiction, created by Mark to justify the beginning of Christianity.

After crucifixions, the Romans threw the corpses into a pit, a mass, unmarked grave.  Crossan places his confidence in his knowledge of Roman tradition and his certainty that God, if there is a god, does not interfere in human affairs.

Crossan’s conclusion runs right into the inferior place assigned to women in antiquity.  If Mark concocted a false narrative intended to prove that a dead Jesus was actually alive, would he make women his prime witnesses?  Already this story demands anyone who believes it to completely change their understanding of resurrection.  Now Mark’s asking people to willingly accept that paradigm shift on, what would have been taken as woefully shaky testimony?  Crossan may think he’s grounded his skepticism in science, but it fails the test of logic.

Standing on deduction and documentary evidence, I believe without doubt that the women really did set out early on Sunday morning as Mark said they did.  Their testimony along with the fact that shortly after that day, a group of Jews claimed that Jesus was the Messiah and was God in the flesh – an unprecedented claim – convinces me that the resurrection really did happen as Mark reports.

It was as unbelievable as it was unsettling.  Imagine your reaction if one of the members of our church whose funeral we hosted in last two to three years walked in here for worship this morning.  You can’t imagine because we simply do not believe it will happen.

Remember the words Mark used to describe the women - Greek, ‘tromos’ and ‘ekstasis;’ ‘trembling’ and ‘confused astonishment.’  One sense of the Greek is that one is so overwhelmed by some unexpected event it is as if one has fallen into a trance.  In the version of the Bible called The Message, translator Eugene Peterson tries to capture this rendering it this way.  “Their heads were swimming.”

Verse 8 is accepted as the original ending.  Most translations say, “They ran out for they were afraid,” but the Greek literally says, “They were afraid for …” and it stops.  The conjunction is the final word.

Imagine Mark is here, presenting his account of Jesus.  We hear from his own mouth the very first reading!  We lean forward, pushed to the edge of our seats by his fast-paced prose. He tells us Jesus has been raised!  What will the women do?  “They ran out.  They were afraid. For” … And he stops!  He smiles as if to say, OK, you finish it.

Death is not the end.  Jesus has risen from death and prepared a way for us.  His followers will rise and be with him.  too.  This is as sure as anything we can be sure of.  It seems unbelievable!  By evidence, by logic, and by faith, I join those women, and the writer, Mark, and millions of Christ followers in definitively declaring that the unbelievable has happened!  Will we believe it?  Will we choose to follow the risen Christ?  Mark knows the answer comes when we respond to the story by putting our faith in Jesus.  God call us to write the ending of the story.