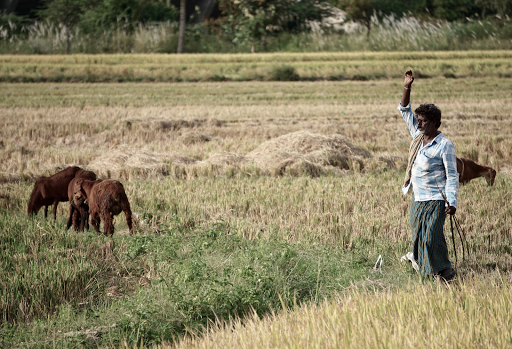 From the Bureau of Justice Statistics: one third of violent defendants, 33%, were charged with domestic violence.[i]  If 10,000 acts of violent felonies are committed in the U.S. next month, 3,333 will happen in the home.  That’s what ‘domestic’ means, people who live with each other, doing such violent things to each other, it’s a felony.

How many of these violent encounters end in death?  Homicide?  How many aren’t felonies by law, but are psychologically and emotionally damaging?  How can we be so rough and cruel with our own families?  Why?

We open spaces in ourselves to welcome others.  We enter the space they open to us.   Theologian Miroslav Volf calls this ‘embrace.’ I call it living out Jesus’ most important commandments: we love the Lord our God with all heart, soul, mind, and strength; and, we love our neighbors as ourselves.

Jesus shows us this way of living and loving in his parable of the Prodigal Son.  A man had two sons.  The younger asked for all the property he would inherit upon his father’s death.  When his father unexpectedly granted this insensitive request, the young man left his home and life behind.  He squandered all that he had and then, when he was starving because of famine, he came crawling back, offering to serve as a worker on his father’s land.

Demonstrating grace and deep love, this unpredictable father ran to meet his wayward child and held a great feast to celebrate his return home.  This is embrace.  At this point, we remember the man had two sons.  The older son was not happy.

He was living a life of domestic violence.  It was not felonious.  He didn’t kill his brother or father.  As far as we can tell, he didn’t even bully his younger brother or disrespect his father.  He points out that all his life he has obeyed the father.  So, what wrong did the older brother do?  While managing the father’s business shrewdly, and remaining a hard-working, dutiful, he ignored his father’s top value: a relationship of mutual delight between father and son.  The older brother has attempted to kill this relationship: death by a lifetime of neglect.

Wait!  Am I claiming that the older brother is as guilty as the younger?  The younger declared the father dead, turned his back on his identity, left home in scandalous fashion, and then squandered everything by living recklessly.  The older brother lived the right way.  He just didn’t have a close relationship with the father.  Is that as bad as the scandal?  From Jesus’ standpoint, yes, it is.

He imagines love much deeper than just getting along with a neighbor.  The United States and Canada get along.  North Carolina and Virginia get along.  My neighbors and I get along.  God loves us with a go-the-extra-mile, die-on-the-cross-for-you kind of love.  It’s one thing to say ‘we didn’t kill each other.’  Jesus wants to see us delight in one another.  Instead of tolerating each other, Jesus invites us to long for embracing one another.

Is Christian living simply paying taxes, helping the poor, exercising good environmental stewardship, avoiding abortions, and waiting until you’re married to have sex?  All are Biblically-motivated decisions, but to really walk in the way of Jesus, we have to embrace each other.  This love is displayed in the father’s welcome to his lost son.  Compare the attitudes of the older brother and the attitude of the father.

Start with location.  A party was going on in the house.  The older son was out in the field.  He’s the #2 man in a family operation large enough to have servants (plural).  He should know what’s going on.  No party should start until he is present.  Yet somehow, he and his father had settled into this uneasy distance.  He was always, metaphorically out in the field.  When a party started, he was the last one to know.

Consider priority.  Maybe this elder son had become a numbers cruncher committed to growing the business, all work and no play.  What matters more than the bottom-line?  Nothing!  If that’s who he is, how did it happen?  His father runs around hugging and kissing and throwing parties spontaneously.  How did the older brother come to see life so differently than his joyful, spontaneous, partying father?

Location; priorities; now note the pronouns.  The servant tells the older brother, “Your brother has come home.”  Having completely written this brother off, the older brother is filled with resentment.  Father’s throwing a party for this loser? The older brother stays outside, boiling with anger.

As he did when the younger son prematurely requested his inheritances, the father again ignored his own power and position.  He appealed to his older son’s heart.  He pleaded with him to come in.  He’s the owner of the estate, but he’s begging, not commanding, but begging his son to come in.

That’s when the older brother starts his speech.  Remember the younger brother’s speech?  “Father, I have sinned against heaven and against you.  I am no longer worthy to be called your son.”  As he spoke those words, his father hugged him, placed a robe on his shoulders – the best robe, and again named him: son!

Now, the older brother gives an even longer, lamer speech.  “All these years I have worked like a slave for you, and I have never disobeyed your command; yet you have never given me even a young goat so I might celebrate with my friends.  But when this son of yours comes back, who has devoured your property with prostitutes, you killed the fatted calf for him!”

He told his father he had worked like a slave for him.  The father thought they were partners, his son working with him.  The son talked about obedience.  The father preferred creative collaboration.  The son griped that the father never gave him a goat for a meal with friends.  This confused the father most of all.  Gave you goat?  Son, you are always with me.  All that I have is yours.  All the way back to the beginning of the story, we remember Jesus said that when the father gave the younger son his share, he actually divided everything between both sons.  The younger would receive 1/3 of the wealth, the older, 2/3.  This older brother never needed to ask for a goat to celebrate with his friends.  All the goats were already his. You don’t have to ask for permission to use your own things.

However, in his mind, he was not.  In fact, the older brother was as far away from the father as the younger.  It worse though because he left emotionally, b ut stayed physically.  He left without actually leaving.  Everyday he broke his father’s heart by rejecting his father’s embrace and then holding that rejection before him.

Deuteronomy 21:18-21 tells what should happen to a rebellious child who rejects his parents’ authority.  “The men of the town shall stone him to death.”  That was law, Torah!  The older brother wanted to enforce the rules, Moses handed down.

The father knew the rules, but he loved his sons.  He respected the rules.  God is author of justice, including punishment for violations.  God’s justice is perfect.  But he loves us.  When love and justice collide, God stays true to his own character.  Do you know the Bible verse that says, “God is justice?”  Me neither.  I know in John’s gospel and in 1 John, the Bible say “God is love.”  That’s dividing line between father and older brother, between exclusion and embrace.  Moving from location (field v. house & party) to life priorities (bottom line v. valuing people) to grammar (‘this son of yours’ v. your brother), we finally arrive at what drives us.  For the older brother it was unfeeling adherence to the rules; for the father it was love that transforms.

The older brother thought he wanted what his younger brother got in his wild living.  He didn’t taste of the forbidden fruit, but he was resentful of what he missed by staying at home.  In truth he didn’t realize that was he missed was not the party life in the far country.  What he missed was the beauty of relationship his father offered to him every day.

In church, in God’s new order, call it the way of Jesus, or the Kingdom of God, the Father extends this kind of relationship to us, every day.  Are we living in it?  Do we accept our inheritance?  Do we, deep down, think we constantly have to earn it?  Will we accept that God has adopted us, and live as His daughters and sons?

Jesus doesn’t tell us if the older brother ever dropped his grudge and entered the party.  He wants us to finish the story.    Are you holding onto grudges, still committed to exclusion?  In Christ you are a new creation.  All God’s love is yours.  Receive it.

The differences between us and our neighbors, need not divide us.  Stop trying to earn God’s love.  Receive it.  Then, open your arms to embrace others, and see them as you see yourself: forgiven sinners Jesus died for, people he calls you to love.  See them as your brothers and sisters in God’s family.