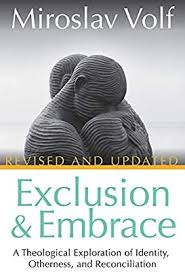 The truth is I want to be great.  I want to be seen as great what I do, a person of exemplary character, a great man.  This is very important, and I really want it to be important to you too.  I want my exaltation, the recognition of my greatness to be your top priority so that you’ll be working nonstop to promote my greatness.

As Hillside Church, we follow Jesus, love others, and share hope.  The following and the loving parts demand that we reject promoting ourselves and instead seek to give of ourselves and even give sacrificially to serve people.

In Mark 10, Jesus told the disciples something they could not hear.  “We are going to Jerusalem and the Son of Man will be handed over to the chief priests and the scribes, and they will condemn him to death; then they will hand him over to the Gentiles; they will mock him, and spit upon him, and flog him, and kill him; and after three days he will rise again” (10:33-34).

Immediately after hearing Jesus say this, the brothers James and John, say, “Teacher … grant us to sit, one at your right hand and one at your left, in your glory” (10:35, 37).  They blindly skip right over the mocking, spitting, flogging, and killing Jesus has just described.  As if he never said it and it will never happen, they jump right to glory.   Three crosses?  They see three thrones, James, Jesus, and John.

The other 10 disciples get angry at the request from Zebedee’s sons.  I get angry at it too.  Every time I read this, I am appalled.  I imagine approaching these guys in Heaven someday and asking, “James!  John!  What were you thinking?”

The idea of sitting thrones on either side of Jesus is exclusionary.  If James and John get those seats next to Jesus, no one else does.  They’re fine with that.  Jesus predicts his death for all people, his giving of himself for everyone.  These two seek what they can get for themselves at the expense of everyone else.   Jesus wants to share himself with the world; they want to keep him to themselves, to keep him from everyone else.

Jesus sees their folly, and he sees the misplaced anger in the other ten disciples – and in me.  My self-righteous fury at James and John masks something ugly.  I’d want one of those seats next to Jesus.  I want to be his right-hand man and I’d want everyone to see it.  Hey!  There’s Rob and he’s so important, Jesus needs him right there, close.

Jesus speaks to his disciples and to us, his church.  “Whoever wishes to become great among you must be your servant.”  The one who shovels the snow, delivers the food to the sick, eats last, comes in early and stays late, and never once seeks recognition.  “Whoever wishes to be first,” Jesus says, “must be slave of all.”  That word, ‘slave,’ is loaded and dangerous in the tension-packed black/white world of America.  Yet that’s the word Jesus says.  Whoever wishes to be first must be so committed to serving his brothers and sisters and fellow humans, he slaves away at it.

In his book Exclusion and Embrace, Yale theologian Miroslav Volf, a Croatian who saw his home country endure one of the worst wars of the 1990’s explores the dynamic of self-giving Jesus teaches in Mark 10.  Serbians who are Orthodox Christian, Croatians who are Catholic, and Bosnians who are Muslim were the groups that fought the ethnic, religious war in the former Yugoslavia.  The powerful Serbians committed genocide against their countrymen.  In that environment of seething hate, Volf, following, Jesus, developed his imagery of embrace.

The request of James and John was an exercise in exclusion.  They wanted to be close to the victorious, glorified Jesus who sat on a king’s throne.  They wanted no part of suffering. Turn to Mark 14 and read of Jesus’ arrest at Gethsemane.  Verse 50 tells us all his disciples fled.  James and John wanted thrones for themselves, but they left Jesus to deal with the trouble himself.  When what he predicted would happen actually happened, they weren’t ready because they hadn’t been listening.  They wanted to be close to Jesus, but they bailed out when the going got tough.

We’re just as guilty any time we seek our advance at the expense of others.  We are James and John asking for our own thrones.  When we turn a deaf ear to the cries of the hungry and a cold shoulder to those who have suffered injustice, we become the excluders.

Volf uses ‘embrace’ as a metaphor for the serving, self-sacrificing love Jesus demonstrates and expects from his followers.[i]   Clearly, we miss literal hugs in this season of worldwide pandemic that requires that we socially distance.  However, following his prompts, we can adopt the emotional posture of embrace in the way we relate to others.  We can show relational hospitality to our neighbors.

First, we open the arms.  This is a gesture of reaching for the other in a way that express desire for the other’s presence and closeness.  “Open arms are a sign that I have created space in myself for the other to come in” (p.144).  And, I enter the space the other has created for me.  Jesus did this with fishermen, tax collectors, and revolutionaries.  He did it with respectable council members like Nicodemus and Joseph of Arimathea.  And he made space for the lowest of people.

In the next passage, after this talk about service, he is walking toward Jericho when he meets blind Bartimaeus who loudly, desperately calls out to him.  The crowd sternly tells the poor beggar to “hush” (10:48)!  Stop bothering Jesus!  But Jesus steps to the poor man in a posture of embrace.  He’s going to Jerusalem to die for the sins of the world, but that doesn’t mean he can’t stop his journey to show God’s love to a blind man.  He restores his sight.

The second movement of embrace is waiting.  I am standing here, arms wide open, and at that point, in self-giving service, I must wait for the other’s reaction.  This is not an invasion.  We cannot force the other to receive the love we offer.  This is where embrace feels risky.  Maybe we get rejected.  So crushing!  But, we step out with our arms open, and then we wait.  We do this again and again, no matter how many rejections come because our self-giving is not dependent upon the other’s reaction.  Completing the embrace is dependent on the other.  Adopting a posture of embrace is not.  We open our arms because we follow Jesus, the one who died on the cross for us.  He has made space for us and we want to live like him.

Third is the closing of the arms.  Our gesture of embrace has been received and we have received the neighbor’s gesture of open arms.  Volf writes that in a true embrace, a host is a guest, and a guest is a host.  If everyone in Jesus’ circle did what he said when he was chiding the 12 for their self-promotion, the love would overflow, and all needs would be met with extravagant abundance.  “Whoever wishes to be first among you must be slave to all,” Jesus said.  When everyone stands ready to embrace, everyone is welcomed, and everyone is held, then all are included, served, and loved.  We give of ourselves and receive the other.

Finally, the fourth step is opening the arms again; release.  The embrace is entered voluntarily.  The embrace is given and received.  In the embrace the other becomes a part of me and I of him or her, but I do not lose myself.  She does not lose herself.  Our joining does not obliterate our individuality or negate all the ways we are different. When we let go, our arms are still open, ready for another embrace and ready to embrace additional people.

The Holy Spirit, dwells in us, prompting in us God thoughts and God longings.  We choose to follow Christ, the Holy Spirit takes us residence us, and when we live in active, attentive responsiveness to the Spirit within us, we are constantly ready to give ourselves for the sake of others.  We are always ready for embrace.

You and I – we’re no better than James or John were when they asked that terrible question about sitting next to Jesus’ throne.  If we follow the shameful path these disciples trod abandoning Jesus, we see the horror of crucifixion.  We have to look, but we don’t stay there.  We move to the new day of resurrection.  James and John did not remain set in that self-aggrandizing posture.  From their master, the crucified, risen Lord Jesus, they learned to serve.   They became ready to embrace.

We can learn that too.  We look to Jesus.  We open our hearts to the Spirit.  We decide we will be the servants Jesus describes.  And then we open our arms to one another, and then, to the hurting people of the world God puts in our path.  We serve them because we know Jesus has died that we might have life.