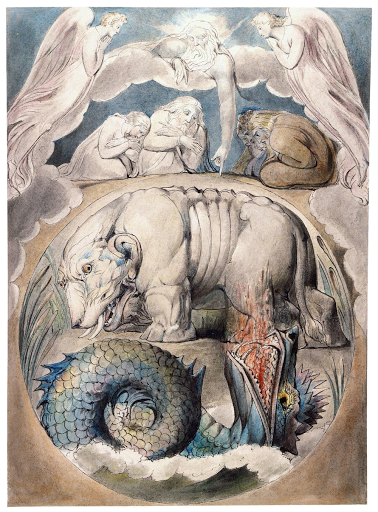 Why?  I found myself asking that question, the "why question," Tuesday as I watched the reporting from polling locations across America.  Why can’t this election be ended simply, quickly, and peacefully?  Why can’t we be united?  Can’t this be easy?

Rarely is the race for the presidency in America this close.  Leading up to election day there was talk of voter suppression, threats of lawsuits, and great anxiety.  If you’re one of the smart ones, you didn’t even watch.  But for the millions of us who did watch, this election had all we needed to stay miserable.

Supporters of President Trump went to bed feeling good Tuesday night, while those backing his challenger, Joe Biden, may have had trouble sleeping.  On Wednesday, more votes were counted, and it became apparent, that this race had not been decided.  The red and blue maps on the news websites tilted, ever so slightly, toward Biden. The roles of hopefully optimistic or dread were reversed.

I suppose in countries run by dictators where democracy is a myth, they might chuckle at how fragile we Americans are.  For us, 2020 has been a topsy-turvy year. Our election did enough to push both sides to their wits’ end. Why is it like this?

Why!  Usually, there’s no satisfactory answer to “why.”  So, in the face of the unanswerable, the book of Job is the place to go.  Job was the subject of a wager we cannot fathom.  God dared the Satan, the Accuser, to consider Job’s righteousness.  Satan – a title, not a name – challenged God right back.  Job’s is only good because you have blessed him.  So, God allows Satan to destroy all of Job’s wealth, kill all 10 of Job’s children, and inflict hideous, oozing sores all over Job’s body.  All of it is done so that God can have the satisfaction of seeing Job remain righteous, obedient, and faithful.

At that point, Satan, the Accuser, steps out of the scene, never to return.  When Job and his three friends begin discussing this troubling turn in the course of his life, the issue is no longer God’s pride in Job’s righteousness.  Job and the friends don’t know of the conversations between God and Satan.  As chapter 3 begins, the focus shifts to the debate around unjust suffering.  Why would this happen?

Job wanted the pain to end, to go away.  If that could not happen, then he wanted justification.  Convinced that the only reason he agonized as he did was that God caused it or allowed it to happen, Job wanted God to answer for this.

Suffering, something each of us have endured, or at some point will endure, stands as the problem.  We want to remove it, but we can’t.  So, we want justice or at least answers.  Job’s friends, using a variety of arguments but always ending at the same spot, claimed without any evidence that his suffering was tied to sins he had committed.  It had to be his fault.  They were his true friends and knew him to be a righteous man who diligently worshiped God and atoned for his sins.  They knew Job, but their theology of retribution insisted that suffering is a punishment from God.  They didn’t have a category for unjust suffering.

Job knew he was innocent of the kinds of sins theology typically listed as provocations for such pain.  He knew his claims of innocence were outside the realm of conventional thinking.  Yet he doggedly insisted he was right.  He was innocent.  He wanted answers.  He demanded that God give those answers.

Did God give answers?  Do you remember the story of Job, a book unlike anything other in the Bible, a story set outside of normal time?  We don’t know when Job was written.  No mention is made of Israel.  Yet as far removed as this story is, it speaks.  The story of Job is our story.  Terrible things happen and only God can explain it.  In Job, does He do that?  Does God give Job what’s he’s asked for?

In chapters 3-31, God is utterly silent as Job and his three friends debate his guilt, theology, ethics, and justice.  In chapters 32-37, a younger man, Elihu upbraids Job’s three friends for their failure to convince Job of his sin.  Then, for six chapters, he tries to convince Job using similar arguments.  Through it all, the arguments, Elihu’s monologues, and the waiting, God is silent.

Finally in chapter 38, the heavens rumble.  The three friends and Elihu exit stage right.  Job, with his open sores oozing puss, sits silent and still to face God alone, as God speaks out of the whirlwind.  The question hangs in the air.  Will God give the Job the answers he has defiantly demanded? Will God tell Job why this has happened?

No!   God begins, “Who is this that darkens counsel by words without knowledge?  Gird up your loins like a man, I will question you, and you shall declare to me” (38:2-3).  If Job wants to put God on trial, fine!  Job will be the witness who has to testify under God’ interrogation.  Except it doesn’t go like that.  Instead,  God takes Job on a tour through the cosmos and the animal kingdom.

Job thinks he has asked fundamental questions about the justice of the universe.  God shows Job, not only does he, Job, not know what he’s talking about.  He has no idea what is happening behind the scenes.  God has created this world with intimate, loving care.  We are caught up in the outcome of this past Tuesday’s election, and rightfully so.  Job was obsessed with his pain, loss, and suffering, and even more rightfully so.  God does not diminish our concerns or deep seeded anxieties.  God did not dismiss Job’s pain or longing for resolution.  God did show Job and us that there’s more going on than we know, and he – God – truly does have the world in His hands.

In chapters 40 and 41, God gives extended discourses on the largest land animal, Behemoth, and the most-feared sea animal, Leviathan.  Both are of a mystical quality.  It is fruitless to try to identify an actual animal with these mythological creatures. Some commentators believe Behemoth indicated an elephant or hippopotamus.  The Hebrew word means “powerful creature.” Power and might.

Some supporters of Donald Trump like him because he projects power.  He doesn’t do it with flowery eloquence.  He’s brash, abrupt, and loud.  His admirers say he “tells it like it is.”  They raucously shout their support at his rallies and feel that some of that power rubs off on them.  God’s depiction of Behemoth shows that we don’t even know what power is.

God tells Job, “I made [this great animal] just as I made you” (40:15).  We fear the Behemoth as we should, but God can approaches the mighty animal.  This beast of legend is one of God’s great acts of creation (40:19).  We are, not surprisingly, captivated by our times, but God is above time, outside of time, the maker of time, and beyond time – our times, times past, the future.  We can take comfort in seeing that God is the sustainer.  God has the world in his hands.  In the short term, we feel uncertainty, but God does not share our apprehensions.  God has not lost control.  The God who toys with his great creation – behemoth – watches over us knowing everything we are going through.  God is with us.

If Behemoth calls to mind the terrors of great land animals, Leviathan evokes shudders in the deepest parts of one’s soul.  The ancients feared the oceans, only able to imagine their depths and the wonders and horrors within those depths.  Leviathan is the great sea-serpent lurking, waiting to swallow up men, ships, swimmers, everything.  One writer I read even believes Leviathan is Satan, the great evil mentioned in Revelation 12:9, God’s ancient foe.  Indeed, the description in Job 41:12-24 sounds like a dragon from ancient lore even including the scales and the breathing of fire (41:19-21).  Verse 25: “When [Leviathan] raises itself up the gods are afraid.”

Yes, the gods are afraid, but not the one true God.  With the one true God, Leviathan makes a covenant, to be God’s servant forever (41:4).  Leviathan the mighty, terror to all human beings, is happy to be God’s pet (v.5).  I appreciate the commentator linking Leviathan to the Satan.  It’s an intriguing interpretation, but one I reject.   Leviathan, like Behemoth, exists to humble human beings with its power, ferocity, and mystique.  Yet before God, the Leviathan bows because the animal remembers what we have forgotten.  God is Lord supreme, ruler of all.

Reciting this divine resume to Job, God reminds Job of who he – God is; He also reminds Job of who Job is.  Hopefully upon entering this story, we remember who we are.  The world is God’s.  We are small.  We get anxious, mystified, and disappointed.  We lose.  This week, at different points, we quite possibly all felt like losers!  That’s okay!  The Gospel is for losers.

God didn’t have to listen to all Job’s complaints or give Job this grand display out of the whirlwind, but God did, out of love for Job.  God loves us just as much.  God knows the fears we carry.

As we consider our lives and take stock of our feelings, especially as we come out of this post-election haze, consider this.  Consider setting your sights on God.  Look to the stars and see God’s handiwork.  Looks to the animals and the natural word, and see what a caring artist God is.  Look and know that the world has not gotten away from God.  He loves us.  He loves you as an individual.  He is here.  Does he tell us why things are the way they are?  Sometimes.  Sometimes he does he not.  Sometimes, he just says, “I am here.”  And that is enough.