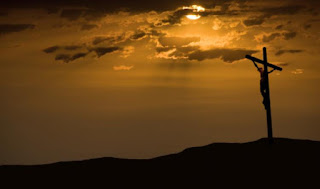 Recently, I heard someone say, ‘we don’t think about death and that’s the only reason we can live.’  It’s nagging at me that I can’t remember the source of this statement.  I find it fascinating.  The only reason I can live and not be constantly, obsessively worried about death is I just don’t think about it.  The idea of my own death doesn’t frequently cross my mind.
Is that right?  Maybe.
Many years ago, I was swimming and could not get into the shore.  In my frustration at swimming against the rip tide, I uselessly swam against it, and thus magnified my frustration.  And fear.  I had a moment where I thought, “This is it.”  I started telling God, I don’t want this to be it.   A surfer saw my struggles and calmly towed me in.
I don’t think about my death.  However, in moments when I do contemplate it, I feel ominous, horrifying fear creeping around the edges of my consciousness.  It’s not the only feeling.  I know I am a new creation in Christ.  I know that he gives life everlasting.  Imagining being in the physical presence of Jesus rapturously swims through my brain when I contemplate my death; not just any death, or death in theory, but my death.  Depending on the day, such thoughts bring horror or bliss.
But, it is never casual.  All thoughts of death are serious.  All talk of death stops me in my tracks and commands my attention.