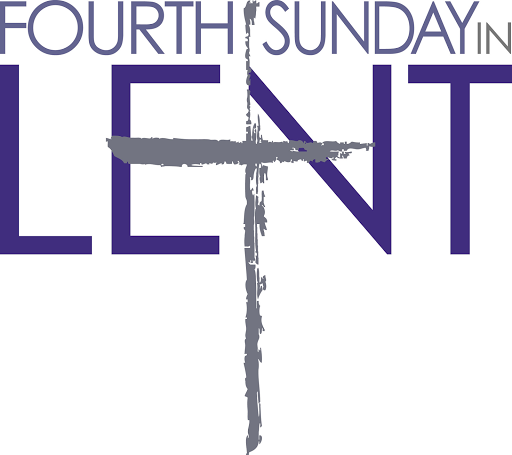 I thought about comparing the death of Jesus on the cross with the COVID-19 Vaccines now available.  The vaccines give us hope that we can beat this disease that has killed so many people worldwide.  When we commit to Jesus, is that being vaccinated against sin?

Wanting to get the analogy right, I went to the source of all-knowing, Google, and typed in “What do vaccines do?”  Up popped the answer.  “Vaccines train our immune systems to create proteins that fight disease, known as ‘antibodies’, just as would happen when we are exposed to a disease but – crucially – vaccines work without making us sick.”[i]  The vaccine doesn’t protect us against COVID-19.  The vaccine readies our own bodies to protect us.

I could see immediately that there is no analogy there.  The vaccines help our own bodies fight off disease.  There’s no vaccine for the disease of sin.  There’s no spiritual program to which we can commit or ritual we can undergo that will ward off sin or its effects.  We all sin.  Sin kills and there’s nothing anyone can do it about it, not even God.  Instead, what God does, something only God can do, is take the inevitable death sin brings on himself.  Jesus’ death on the cross is God’s son, the Second Person of the Trinity inhabiting human form, dying the death brought about by the sins we all commit.  There’s no vaccine for sin.

Instead, there is salvation from God.  As we see in John 3, this salvation is as radical we could imagine.  The story is told through the eyes of a religious leader, a Pharisees named Nicodemus who comes to see Jesus.  Pharisees were often antagonistic to Jesus.  Maybe Nicodemus visited at night so his Pharisee peers wouldn’t know he was genuinely seeking God’s truth and he thought Jesus had it.  “Rabbi, we know you … have come from God” Nicodemus says.  Jesus responds by explaining that he, Nicodemus, and all people must be born again. The Pharisee does not understand.  So, Jesus sets the story in within the flow of Israel’s grand narrative.

The original readers of John’s Gospel would have read with Israel’s story in mind.  The very first community to read John as scripture was probably a group of Christ-followers in Ephesus between 80 and 100 A.D.  They knew all the Old Testament stories.  They also believed Jesus was the son of God, God in the flesh, crucified, and resurrected.  They believed he had fulfilled the promises of the Old testament.  From the preaching of the disciples, they knew of the resurrection.  The original readers of the Gospel read as informed insiders.  Depending on his age, Nicodemus himself may have been a member of the Ephesian church and present the first time the Gospel of John was read publicly.

In the story, Jesus tries to help Nicodemus understand the idea of ‘born again’ by tying it to a story Nicodemus would have recalled without even thinking about it.  Jesus said, “Just as Moses lifted up the serpent in the wilderness, so must the Son of Man be lifted up, that whoever believes in him may have eternal life” (3:14-15).  Nicodemus, and decades later, John’s readers, knew what “lifted up” meant.  Do we?

Jesus is referring to the Torah, specifically, Numbers 21:4-9.  Moses is leading Israel out of Egypt on the march to the Promised Land.

4 From Mount Hor they set out by the way to the Red Sea,[b] to go around the land of Edom; but the people became impatient on the way. 5 The people spoke against God and against Moses, “Why have you brought us up out of Egypt to die in the wilderness? For there is no food and no water, and we detest this miserable food.” 6 Then the Lord sent poisonous[c] serpents among the people, and they bit the people, so that many Israelites died. 7 The people came to Moses and said, “We have sinned by speaking against the Lord and against you; pray to the Lord to take away the serpents from us.” So Moses prayed for the people. 8 And the Lord said to Moses, “Make a poisonous[d] serpent, and set it on a pole; and everyone who is bitten shall look at it and live.” 9 So Moses made a serpent of bronze, and put it upon a pole; and whenever a serpent bit someone, that person would look at the serpent of bronze and live.

Are we horrified to hear that the Lord sent poisonous snakes that bit and killed complaining Israelites?  Are we just as horrified that this people God rescued from slavery and sustained in the wilderness, and called to be his holy people, then complained?  How often do we humans shrug our shoulders at sin and then become indignant with God when sin brings consequences?  How could God let this happen, we ask. Less frequently do we say, How could we insult God and reject His rule as we have?  For healing, those bitten had to look upon their sin, a bronze serpent lifted up. There is no escaping sin.  We must face it, repent, and accept God’s forgiveness.  Only God can remove sin, and out of His love for us, He does.

Nicodemus would immediately recognize the story, as would John’s readers.  But what did Jesus mean by “the Son of Man must be lifted up?”  He hints at what’s coming. Instead of saving a few Israelites in the desert, God would save all people for all time with the death of his son, Jesus.

The death was very specific – crucifixion; lifted up for all to see.  New Testament scholar Alicia Myers writes, “Jesus’ body, the very location of God’s glory, is the most staggering revelation of the gospel.”[ii] In explaining his death on the cross by illustrating it with Moses’ elevated serpent, Jesus draws together the double entendre.  Nicodemus and John’s readers would know ‘lifted up’ means to be hanged, as in a lynching or crucifixion.  Both the Pharisee and the late first century church would also know ‘lifted up’ means to glorify, as in ‘they lifted up God’s name.’

In Jesus, the two meanings coalesce.  The shame of the cross glorifies God as an expression of His love; the cross also takes care of all our sin; and, the cross gives us the hope of eternal life.  This story involving Moses, Nicodemus, Jesus, and the late first century church also involves us.   How we respond to the story determines our part in it.  We cannot just read John 3, close the book, and move on as if it doesn’t matter.  It does. We are actors in this play that is played out in real life – our lives.

We have two options for response – to believe or not believe in Jesus as Son of God, God incarnate, and as our Savior and Lord.  In recent weeks, you have heard me say that Jesus was not interested in believers but in disciples.  According to the late theologian Walter Wink of Auburn Theological Seminary, the author of John’s Gospel used the idea of “believe” in a specific way.  It’s something much more involved than intellectual assent or commitment that doesn’t cost us anything to make.

Wink writes, “This idea [of belief] seems to be that one must commit oneself to Jesus.”[iii]  Jesus mentions “believe” in John 3, verses12, 15, & 16, and this just after trying to help Nicodemus understand being born again as well as grasping his own need to be born again. Wink concludes both “born again” and “believe” connote the same idea.  “To believe … is to throw one’s whole life on the side of Jesus.”[iv]  To believe is to commit, for the rest of one’s life, to Jesus as Lord, master of all of life.  When we say we believe, in terms of John’s gospel, it costs us everything because we submit everything in our lives to Jesus’ lordship.  We are in bondage to Him forever.  Paradoxically, this gives us the greatest freedom we’ll ever know.

Who is it that is freed from sin by believing when Jesus is “lifted up?”  For Nicodemus and the rest of the very first followers of Jesus in decade immediately following the resurrection, this was a first century Jewish story that reached its climax in the revelation that the crucified one was the long-anticipated Jewish Messiah.  All four gospels strongly imply and the book of Acts explicitly asserts that Gentiles – non-Jews – are also in this story when they repent and declare that Jesus is Lord.  In fact, the “in-group” shifts.  Believers, both Jew and Gentile are brothers and sisters in Christ.  Non-believers, Jews and Gentiles who reject Jesus, are not.

When we say submission to Christ brings us freedom, who is the “us” being talked about?  The answer to this question comes from a startling revelation found throughout John’s gospel and especially in John 3.

Who does Jesus save from sin and death?  John 3:16 says, “For God so loved the world that he gave his only Son, so that everyone who believes in him may not perish but may have eternal live.”  Twentieth century Baptist scholar George Beasley-Murray calls this verse “the fundamental summary of the message of [John’s] Gospel and … the canvas on which the rest of the Gospel is painted.”[v]

Most of the time the idea of ‘the world’ is set in contrast to the Kingdom of God.  The world is rebellious and is perishing.  John 3:16 reminds us that as hell-bound as the world might seem, it’s made up of people.  God calls out the sins of society, but God loves the world.  How much?  God allowed his beloved son to be crucified that the world might have the chance to look upon him hanging on the cross, and believe.  The world rejects God.  God loves the world so much; he’ll give up everything for it.

The cross is uncomfortably public.  Christianity is public.  We live our discipleship in the world, in the public eye.  People need to see their need for salvation, and they need to see from where salvation comes.  They need to see so they can believe in Jesus, Jesus lifted up.  This is how God saves not just Israel or not just the church, but the entire world.